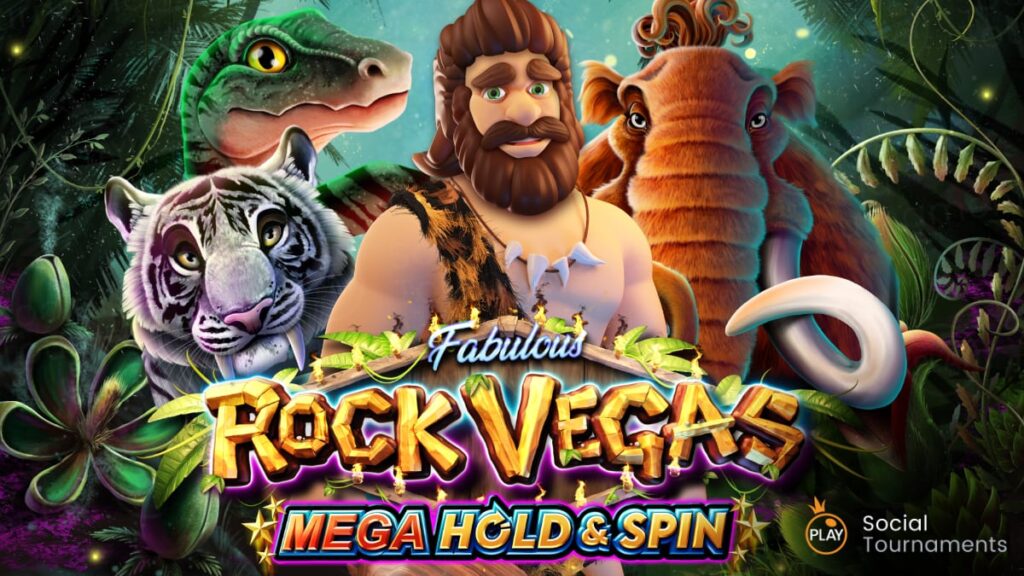 Rock Vegas, an upcoming release from Pragmatic Play, will include some powerful elements that will go well with the modern style, despite the fact that it depicts ancient periods. It could present you with an interesting encounter with cavemen and other long-gone beasts on its reels.

Rock Vegas contains 5×3 reels and 20 paylines on which combinations can be formed. The stake can be multiplied up to 10,000 times in the best rounds, which is feasible in a highly volatile slot machine with an RTP of up to 96.64 percent. Mega Hold & Spin is one of the most important aspects, and everything else will be linked to it, from respins to clusters of symbols and random multipliers of up to 500x.

You can begin playing Rock Vegas by placing a wager, with a range of $0.20 to $100 available. To get there, you’ll need to switch coin values and have many coins for each line.

If you can hit the slot’s top payouts, it’ll all be worth it. They can go up to 10,000x the stake, making it a fantastic top jackpot. On the negative side, the volatility rating is a 5/5. (high).

I’d advise you to keep an eye on the RTP setting, as there are three options. The optimum option is 96.64 percent; 95.60 percent is also okay, but if it’s set to 94.50 percent, I’d advise you to avoid it (the casino picks the value from these options).

For the most part, you’ll be playing the regular  version of the game, and no big features will be added that would make the base game easier or more interesting.

The only significant feature is the Mega Hold & Spin, which requires three or more scatters to activate. There’s a new game area there, with 100 empty places and gemstones of various colors shown on 10×10 reels. The greater the number of triggering scatters, the fewer varieties of gemstones are employed, and the low-value ones are deleted.

To begin, you must complete three respins in order to obtain additional rocks on the reels. When new rocks land, the respins are reset, and the new rocks become sticky. The feature will stop when you run out of respins or have 100 rocks, and you will be paid.

When you have sets of matching symbols organized in 2×2 and 3×3 spaces, you can make bigger rocks. A multiplier will be applied to these large symbols, which might be as high as 500x for the larger clusters.

You’ll also gather the keys that appear adjacent to the symbols as you progress through these respins. You can use them to win prizes (up to 500 times your stake), gain more keys, apply multipliers to wins, and improve individual rock wins.

If you can get to the last spot on the trail, a Mystery Multiplier will be chosen, which will increase your winnings by up to 100x (if you get enough keys).

According to the background graphic in the base game, it transports us to a rainforest and depicts life in the Stone Age. The Caveman is the main character, appearing as a symbol on the reels and as a companion next to them. The quality is excellent, and I believe you will find it to be a pleasurable experience.

The slot’s symbols begin with the low-paying Royals, which are bright and ornamented with jungle plants (10 to A). The following symbols depict creatures from our planet’s remote past, albeit not all of them lived at the same time as the cavemen. Mammoths, Raptors, and Tigers are the three teams we’re talking about. The Caveman, as well as a Rock for the bonus symbol, make an appearance.

Overall, it’s a slot machine with a lot going on if you can get to the free spins, but the main game isn’t that exciting.