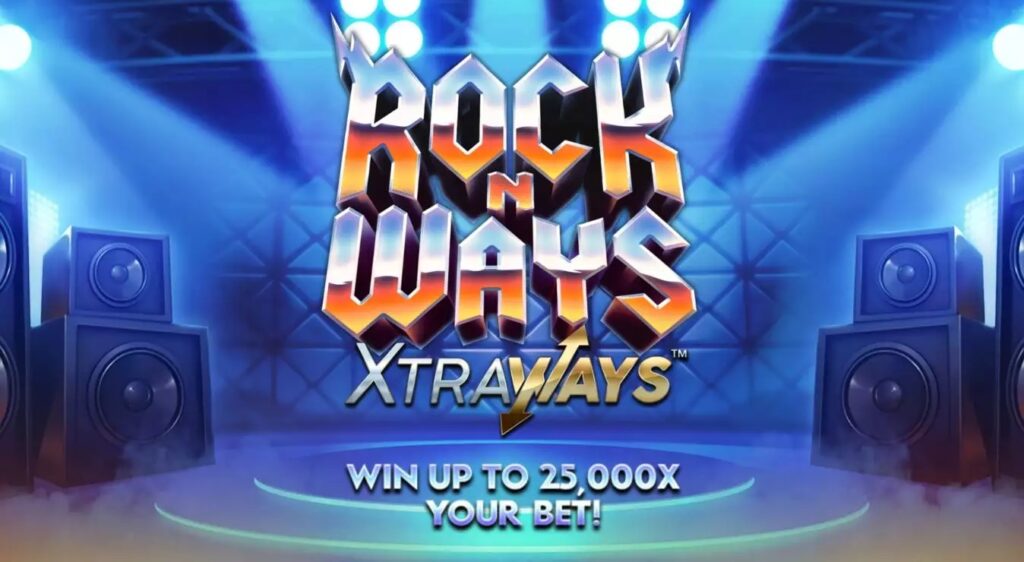 Swintt’s Rock n Ways XtraWays slot machine is a music-themed slot machine. It employs a revolutionary distribution mechanism known as XtraWays that allows for a vast number of chances to win. We’ve seen it in action with another of their games, Lone Rider, and we’re expecting the same massive possible number of ways to win in Rock N Ways.

You begin with 729 chances to win on 6×3 reels, and then you have the option to expand the game area, potentially reaching 262,144 ways to win. It’s one of those games with a lot of potential, with payouts of up to 25,000x the bet on offer, and an RTP of 96.13 percent. The Rock On Wild, Platinum Record Scatter, free spins, and bonus symbols that activate the XtraWays mechanic are among the game’s features.

Rock n Ways XtraWays has a lot of promise, in my opinion. The largest prize in the most popular high volatility slots right now is 25,000x the bet, and it might be converted into $125,000 cash in this case.

There is an RTP range that operators can choose from, with three levels to choose from. The 96.13 percent RTP is the one you want, while the others are far lower, at 94.02 percent and 92.07 percent.

You start the game with 6×3 reels. Landing Blue Star bonus symbols, which will have numbers between 1 and 5, will let you to get more symbols on the reels. This symbol adds that many more symbols to the reel on which it lands, increasing the number of possibilities to win. Unless you get extra bonus symbols to give it another boost, the amount of symbols on that reel will be lowered by one for each subsequent round. This can occur on numerous reels, bringing the gaming area to 5×8 reels and 262,144 chances to win.

Rock On Wilds, which appear on reels 2-6, will provide some assistance. These are simply to be used as a backup; they don’t pay anything.

You can win up to 25 free spins by landing 3 to 6 Platinum Record scatters. You build on the size of the game area determined by the triggering spin. During the free spins, the amount of symbols will only increase.

It’s a lovely, well-made design based on a rock band. In the background, we see a concert scene, while the symbols on the reels include singers, guitarists, microphones, radios, tapes, drums, guitar picks, sunglasses, pendants, and a spiked choker.

Rock n Ways XtraWays appears to be one of the better high volatility slots you should be playing right now, a game that can pay out a lot of money, is fun to play, and has a decent RTP (you just have to look for it).