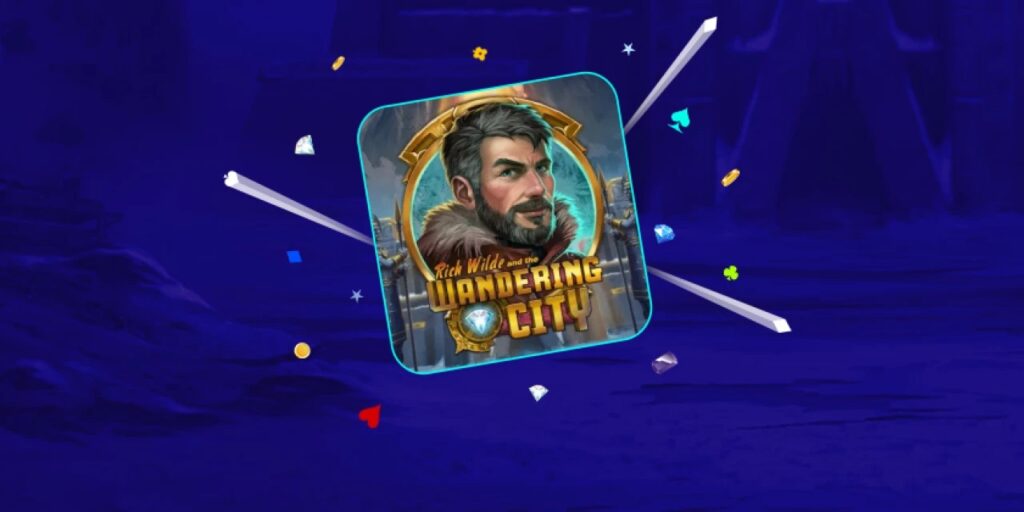 Rich Wilde and the Wandering City is Play n GO’s newest release, and it’s the latest in a long line of slot machines featuring the same primary character. It’s the kind of game where you can’t help but think Indiana Jones was used as inspiration in some way. Rich Wilde is a treasure hunter on the lookout for long-lost temples and the treasures hidden within. In the past, we’ve seen him travel to Egypt and Greece, and now it appears like he’ll be visiting South America.

This slot machine has 243 ways to win with a 5×3 reel design. It’s making good use of them, and it’s capable of paying out a jackpot of 10,000 times the bet, or up to $1,000,000 in a single round. Of course, the price is the expected high volatility, but at the top of the range, the RTP is 96.20 percent. If you look at the game’s features, you’ll notice that it’s based on the Book genre, with Diamonds serving as mixed feature symbols that can award free spins with expanding symbols. Multipliers have also been added to the mix.

A 10,000x top jackpot is actually greater than expected for a Book-style slot machine. Other similar games pay out at most 5,000x, so that’s already a compelling reason to try Rich Wilde and the Wandering City.

On the other side, expect a high level of volatility, and keep an eye on the RTP that your favorite online casino uses. It should be set at 96.20 percent, but they have the option of setting it to 94.20 percent or less.

Before we get into the main feature, it’s worth noting that there’s a random occurrence in this game that can award you with a 2x multiplier on the middle three reels. You can activate up to three of them at once, and their multipliers will be added together for a larger boost to the round’s wins.

The presence of the mixed wild/scatter symbol on 3+ reels is required for the Book-style free spins, and this symbol takes the form of the Diamond. When feasible, utilize it as a substitute symbol, but its primary function is to activate free games. It also reactivates them, although there is a limit to how many times this may happen (up to 50 extra spins can be won, by retriggering the feature 5 times).

One of the symbols in the game is chosen to become special, allowing it to expand on its reel. If you get three or more of them on the reels, you’ll get winning combos on all lines. This is significant because you’re playing on 243 possibilities to win rather than the typical 10 active lines found in most of these slots. Unfortunately, the highest wins aren’t as generous as they are in traditional Book slots; a standard combo now pays at most 4x.

Our hero is searching for treasures somewhere in South America, and he’s travelling to the sites where the region’s long-lost civilizations formerly resided. Rich Wilde has discovered the Wandering City and its numerous treasures, which we see on the reels and in the backdrop.

As a feature trigger, the Diamond will be one of the most important symbols. Rich Wilde is the highest-paying symbol, and he’s surrounded by daggers, skulls, and golden idols. With the six Royals, there are still lower-value symbols, so it’s not entirely about the theme.

Rich Wilde and the Wandering City is a fantastic Book-style slot machine that manages to handle things a little differently than the majority of the games with which it shares its core feature. The utilization of multiple ways to win and multipliers makes it an appealing choice for many aficionados of the genre.