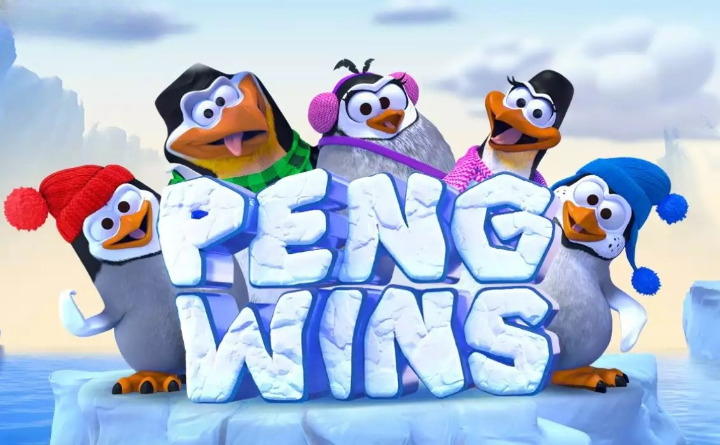 Although cute penguins have previously been the stars of countless slot machines, PengWins illustrates that there is always place for one more. Tom Horn Gaming is releasing this new slot machine, and it’s a modern offering with enough action for most players. It won’t make you wealthy, but at its best, it can pay a decent amount to the player.

PengWins has 5×3 reels and 10 paylines. It may not appear to be much, but you can win up to 1,200 times your stake, with an RTP of up to 95.99 percent. The Kids Expanding Wild, Jumping Wilds (Father and Mother), and a Giant Family Wild, as well as respins, would be major attractions.

The minimum wager in PengWins is $0.20, which is a fairly normal option in a slot machine. The top limit has been set at $100, which is standard.

PengWins has a medium to high level of volatility, therefore bigger wins would have been very fantastic. The RTP can range anywhere from 92.03 percent to 95.99 percent, so look for a casino that employs the highest figure from that range.

Features of the PengWins Slot Machine

First and foremost, there is  Kids Expanding Wild. This one will grow in an arbitrary direction, occupying 2-3 places. It can happen horizontally, vertically, or both ways.

Second, you will come across Jumping Wilds, which include the Penguins’ Father and Mother. The first appears on the leftmost reel, while the second appears on the rightmost. They go through a series of respins before moving to the centre of the gaming area. When they reach the middle, they connect and stay there for one more respin.

Finally, the Giant Family Wilds, which take up 3×3 spots, are available. To obtain it, you must first have a Connected Father & Mother Wild present during respins, followed by a Kids Expanding Wild appearing adjacent to it.

This slot has a classic design and theme that has an interesting interface for classic game lovers. This slot machine, which is based on a story of a family of penguins, transports us to the frigid regions where they live, the South Pole. In the slot’s wilds, we see a full family of penguins, ranging from regular-sized symbols with the kids or parents to those with all of them (3×3 wild). The usual symbols include two marine animals, as well as the numbers 9 to A Royals (ice-made).

PengWins is a slot machine that looks good, has a lot of features that are not common even in this form, and if you can acquire it with a high enough RTP, it is a slot machine I would want to recommend checking out. It is a classic game for lovers of adventure and It has a good enough Return To Player and is appealing to the eye.