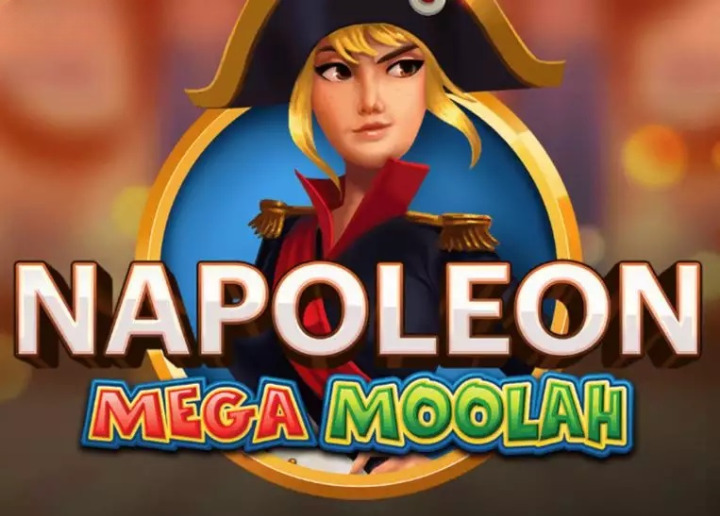 Napoleon New slot game Mega Moolah joins one of the best progressive jackpot networks in the world. Although Mega Moolah slots have been around for a while, this Microgaming (now Games Global) network has just recently received its best-looking slots. Napoleon is a perfect example of how new games have been produced for this network by developers like Aurum Signature Studios.

There are 25 paylines on the 5×3 reels of Napoleon Mega Moolah. Given the low volatility of the slot machine, the payouts are quite good, with the fixed one reaching 1,800 times the wager. Of course, the Mega Moolah progressive jackpots are also included because they have the potential to change people’s lives. A low RTP of 93.42 percent, on the other hand, highlights one of the main drawbacks of progressive jackpot slots. The jackpot bonus game, free spins with multipliers, scatters, and wilds are important elements.

You can bet as little as $0.25 every spin, with a $25 maximum level, but you can increase it as you move on to the following spin.

Napoleon Mega Moolah will pay a respectable sum even on its own, but what is considered a respectable prize in this case differs from those provided in previous recent releases. Given the low volatility of the release, any player should set their sights on the returns of 1,800 times their initial investment.

The four progressive jackpots that are part of the Mega Moolah network and the bonus game will offer the best payouts, though. They start with Mini, Minor, and Major and end with the Mega Jackpot, which will turn you into a millionaire.

Red Star Wilds are the ones that pay the most in this game (600x the bet for their own combinations), and they also act as a replacement to aid in the formation of other kinds of combinations. Only regulars will be replaced; scatters will not.

Napoleon scatters are also employed, and for a different purpose, they’re fascinating. The function they can help activate is amazing, despite the benefits they provide after landing 2-5 times, which range from 2x to 100x the stake, being only passable. It consists of 15 free spins during which any win you make is multiplied by 3x. Even better, the free spins can be retriggered.

Last but not least, there is the bonus game, which will award you one of the four progressive jackpots. This one offers you a spinning wheel and is triggered randomly. The participants who place higher bets have better chances of entering.

Even while there is a Napoleon connection and the main character appears on the reels as a feature symbol, this slot machine is essentially fruit-themed. I enjoyed the design; in fact, I’d argue it’s one of the slot’s strong points.

A lot of gamers who are seeking large wins appreciate the Napoleon Mega Moolah slot, which is an intriguing addition to a very well-liked network. This is one of the slot machines that could help you become a millionaire without having to spend a lot of money per spin. The chances are really slim, though.