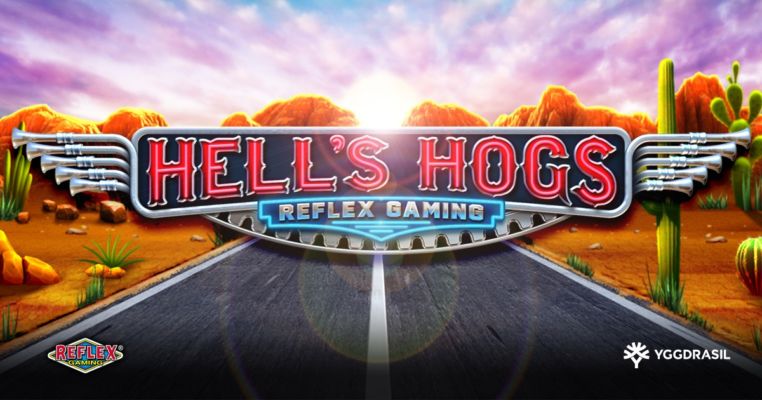 Hell’s Hogs is a joint release, like many of the new slot games that are being published right now. It was designed by Reflex Gaming, and Yggdrasil is hosting it on their platform, so they’re essentially powering the game. It works out well, and the end product is a biker-themed slot machine in this case. It’s not unheard of, but it’s still odd, and it’s a game in which pigs are once again the main characters (it’s happened before in a number of games).

Hell’s Hogs features 5×3 reels and 20 active lines in its game area. Even though it pays out over 10,000x the wager to the luckiest players, it’s considered a low volatility slot machine.

There is a 95.60 percent RTP indicated, thus there is space for improvement.

Many people will enjoy Hell’s Hogs because of the mix of its low volatility and high potential payouts. The maximum payoff is 10,136x the stake, which is a very good return on investment for a slot with a low short-term risk.

On the other side, not many participants will have the opportunity to win a large sum of money. The RTP of 95.60 percent is also not particularly spectacular, therefore other slots offer better long-term odds.

Features of the Hell’s Hogs Slot

A Wild logo will appear on the reels and will act as a substitute (only for regular symbols).

There are also mystery symbols, which have a garage door that opens to reveal one of the slot’s normal symbols underneath.

Three Pig symbols will activate features for you, and each one functions as a scatter symbol, landing three times to award you with something extra.

Piggy In The Middle, a pig motorcyclist who is smoking a cigar, is the first. You’ll obtain that feature if you have three or more symbols on the reels. It begins with the option of pressing Stop to obtain prizes and various modifiers. You can win cash rewards, which have the potential to be doubled, and there are boosters that can increase your stake by up to 42 times.

Second, there’s the Wild Ride function, which is triggered by a pig. These bonus symbols must appear three times on the first, third, and fifth reels. Sliding Super Wilds will be included. This one gives you 5 spins, each with the Sliding Wilds appearing in a different location at first (on 1 to 3 reels at a time).

Finally, there’s Biker Bash, which has a pig biker with wings on his helmet. Once again, 3+ are required to activate the feature. This one awards you with 10 free spins and a multiplier that can reach 30x. It’s possible to reactivate it.

It may be a biker-themed slot machine, but the most intriguing aspect is that it will have three pigs as riders. It brings us into the desert on Route 76, which we can see in the backdrop. Feature symbols will appear on the reels, including wilds, three Pig bonus triggers, and a mystery symbol. The four card suits, as well as a jukebox, a Fire Wheel, and the game emblem, are all made of neon for regulars.

Because of the above-average prizes promised in what is otherwise a moderate volatility release, I believe Hell’s Hogs will be a favourite of many casual players. The RTP dampens the excitement a little, but it’s not bad.