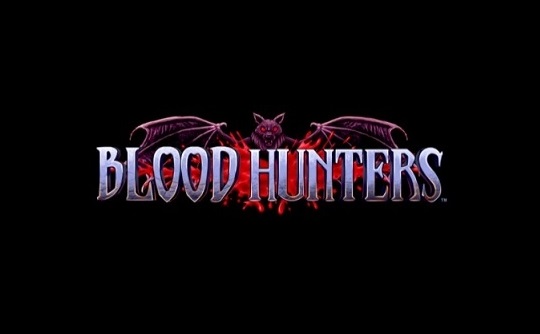 Prepare your stakes and garlic, for Leander Games’ Blood Hunters slot transports us to a vampire-infested world. Blood Hunters, a classic 5×3 reel slot with a horror twist, is only a month old, but it has already shown to be a superb slot. Players will have a great time exploring the gothic-inspired universe and taking on the role of the Blood Hunters, thanks to a higher than average RTP of close to 98 percent and moderate volatility.

The Blood Hunters’ minimum stake is merely 0.25 Euros, which is sure to appeal to anyone who is new to the game. Blood Hunters’ low-risk/low-reward playstyle is a wonderful method for newbies to get a feel for the game while also earning some additional cash. Blood Hunters, on the other hand, can supply you with something a little more daring. Bets of up to 125 Euros are accepted in this game. This is not the largest stake, but it’s perfect for those who want to add a little risk to their game without going overboard.

However, do not worry, high-spinners. Blood Hunters players have the chance to win up to 937.500 Euros in the top prize, which is equal to 7,500 times your entire bet. It’s worth mentioning, though, that the maximum prize is sometimes near-impossible to obtain, so keep that in mind if you’re going into the game with that anticipation.

Features of the Blood Hunters Slot

The Wild Symbol feature is available in Blood Hunters, as it is in most online slots. Wild symbols can appear on any line and can be used to replace any paying symbol. The game also contains Scatters in addition to the Wild Symbol. Players can activate the free spins bonuses by collecting Scatter symbols. When three or more Scatters appear on the reels, you’ll be rewarded ten free spins, with additional spins awarded on future spins. During the free spins bonus, all wins, including those achieved with the Scatter Symbol, are multiplied by three.

The Coffin Mini-Game in the Blood Hunters slot is possibly the most intriguing element. The Coffin feature is triggered when three or more Bonus symbols appear in a row, triggering a mini-game. The player must uncover coffins in order to find and kill vampires during the mini-game. The higher the number of vampires slain, the higher the monetary reward.

Blood Hunters is an online slot that is highly influenced by gothic horror and fantasy, particularly Dracula. The slot does, however, make references to vampire fiction in general, particularly through the emblems, which include Dracula himself, a vampire dandy in the house of Interview with a Vampire, and a Count Orlok stand-alike. The scene is situated in an abandoned gothic castle, evoking the classic horror scenery of the past.

Blood Hunters is one of the most intriguing slots to come out in recent years, with fantastic payouts, terrific bonuses, and a storyline that will appeal to both diehard horror fans and casual fans.